What Is Health Insurance? And How Can It Help You?

What Is Health Insurance? And How Can It Help You?

Health insurance is an instrument that covers the medical risks of an individual or a family in the broad sense of the term. While the 21st century has brought with it immense scientific and technological advances to prevent and cure diseases, it has also brought forth an increasing incidence of health problems as a result of lifestyle issues. Numerous research papers say that as human lives get more sedentary and consumption of food grown or preserved with synthetic compounds increases, health issues are becoming more commonplace. In such times one can't overlook the importance of having a good health insurance cover. 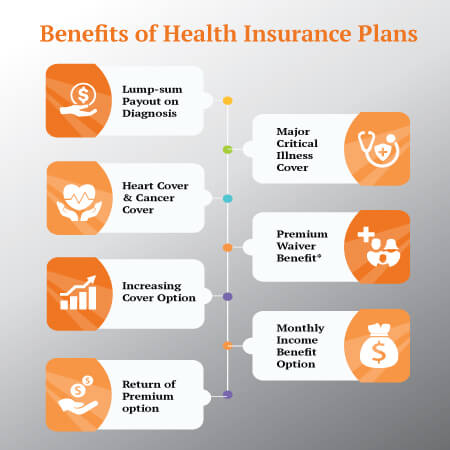 How can a health plan help you?

According to a 2018 report by healthcare solutions provider Mercer Marsh Benefits, the medical trend rate — which measures the rise in per-person cost — is projected to grow at the rate of 10% in India even as inflation hovers around 5%. This means that the increase in cost of medical expenses is bound to outpace not only our savings but also other good investments. Hence, having sufficient protection through health insurance will not only pay for an emergency but also protect your other investments as you don't have to dip into them to cover your needs.

Factors to consider when choosing a health plan

There was a time when people just looked for the health plan with the cheapest premium and then discovered later that it doesn't pay for many things.

One thumb rule is that one should always look out for a plan that covers diseases that a lot of people around the same group or in their vicinity seem to be suffering from.

Outpatient expenses such as medical check-ups, doctor fees, and medicines account for a higher proportion of medical costs than hospitalisation expenses. As most health plans cover only hospitalisation, it is important to look for a policy that also includes outpatient services.

Some health plans have less premiums at the outset but they increase a lot as the insured enters a new age group. It is a given that premiums will increase with age but one should look at the quantum of hike before making a decision to buy a health insurance policy.

When the insured suffers from an ailment at the time of purchase of a health plan, it is not covered till a certain period. The waiting period varies from two years to four years in most cases.

Health insurance policies have certain set limits above which they won't pay for a certain cost such as what can be paid for room rents on hospitalisation.

Generally, a health plan only pays for a part of the total claimable bill of hospitalisation. This amount is known as the co-pay amount. Most policies have a higher co-pay percentage for senior citizens.

The primary reason we opt for health insurance is that we can avail it at the time of an emergency. If you choose a plan with a cashless benefit then you can just furnish a card from the insurer at the time of hospitalisation and don't have to pay from your pocket.

There is always a risk that an insurance provider refuses to settle a claim citing some weird or convoluted reason. It is thus important to look at the historical claim settlement performance of the insurer before choosing a plan. This ratio basically tells you how many claims are approved relative to the number of claims sought. It is a good indicator of how helpful an insurer is while settling a claim.

A health emergency is already quite a headache. An insured shouldn't have more to worry about when they or their family are undergoing treatment. You might want to check out the Health First Plan from Canara HSBC Oriental Bank of Commerce Life Insurance which assures lump sum payout on diagnosis and the option to cover yourself against major critical illnesses. It also has the return of premium option in certain cases that ensures that the premium comes back to you at the end of the policy term if no claim is made.