GST On Life Insurance: All You Need To Know

The Goods and Services Tax, also known as GST, has been widely discussed in India ever since it was announced. This is because there is hardly a sector across the nation that has not been impacted in one or the other by the introduction of GST and its subsequent evolving regulations. Unsurprisingly, this holds true for the country’s insurance sector as well.

In particular, GST has had a significant impact on one of the most essential forms of insurance people seek - life insurance. Since GST encapsulates service tax, which applies to the insurance industry, its introduction has resulted in an increase in premium amounts. That being said, the GST has also been credited with various positive effects on the life insurance sector.

Let us further discuss the impact of GST on life insurance plans, as well as how, despite the higher premiums, you can still manage to save income tax in India.

Before delving into the impact of GST on life insurance plans, let us review what the Goods and Services Tax represents. GST is essentially a form of indirect tax that was brought into effect in the year 2017 as a means of eliminating the complicated landscape of India’s various other indirect taxes. These indirect taxes had long been believed to be redundant, convoluted and even exploitative, placing a huge burden on the end consumer. With GST, all such taxes were bundled up to fall under a single, standard umbrella, simplifying the indirect taxation process considerably.

Prior to GST, life insurance premiums were subject to service taxes which amounted to 15% and comprised taxes such as Basic Service Tax, Swachh Bharat Cess and Krishi Kalyan Cess. After the implementation of GST, the GST on life insurance plans amounted to a standard 18%. This increase from 15% to 18% had an impact on the end consumer, that is the policyholders, by raising the premiums they were expected to pay for their policies.

However, while the primary effect of GST on life insurance plans was to increase the premium amounts, it aided the life insurance sector in other ways. It helped foster a tight competition among insurers, and led them to lower prices by cutting down on other policy-related expenses. It also standardised the service tax aspect of insurance prices, prompting consumers to look at other more important aspects of potential life insurance plans.

How GST Differs with Type of Life Insurance

Even as the effect of GST on life insurance plans might have been to raise premium amounts, there are various deductions that allow you to save income tax in India. With these deductions, not only can you avail tax benefit on the premiums towards your life insurance policy, but also on the GST paid on those premiums.

To avail a trusted and beneficial life insurance plan for you or your family, look no further than the iSelect Star Term Plan from Canara HSBC Life Insurance. This term insurance plan provides policyholders with various features such as extensive coverage, payout options as well as add-on covers to enhance that coverage. 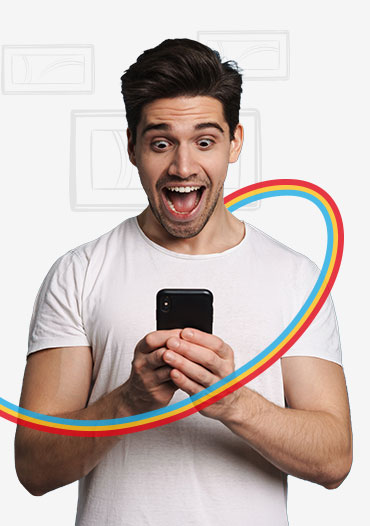