Does Life Insurance Pay for Suicidal Death in India?

Suicide is one of the most common causes of death, particularly for 15 to 39 years. According to Forbes, India has the second-highest suicide mortality rate in the world. In 2016, every 17 out of 100,000 people in India had died by suicide. Thus, adding suicide as a clause in a life insurance plan was inevitable in India.

Does Life Insurance Pay for Suicidal Deaths in INDIA

The Insurance Regulatory and Development Authority made some amendments to the clauses of death in life insurance plans. Any life insurance policy bought after 2014 is payable in case of the policyholder's death by suicide.

However, the insurance company is not liable to pay compensation for any life insurance policy bought before 1st January 2014.

Why does Life Insurance Cover Death by Suicide in INDIA?

While death is not easy to deal with, suicide is worse. It takes a toll on the mental health of family members. Death by suicide is considered neither natural nor accidental in India, yet it is a plausible cause for a life insurance policy.

However, suicide can still lead to a loss of income, particularly for those beneficiaries that are dependents. This can include children, parents, or a dependent spouse.

Learn everything about a nominee in a life insurance policy.

Exclusions to the Suicide Cover in Life Insurance Plan in INDIA

The insurance company will reject the claim to any maturity bonus during the following circumstances: 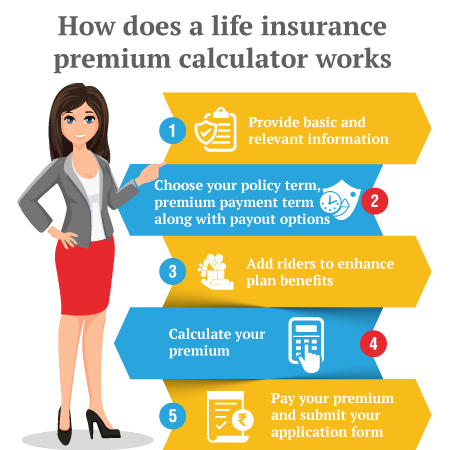 Do all Life Insurance Policies Pay for Suicidal Deaths in India?

Most insurance policies after 2014 have been upgraded with the suicide clause. This means that you will get some lump-sum compensation if you are eligible as a nominee. If the policyholder has died after the stipulated one-year period, nominees are eligible for the compensation.

Know if life insurance in India cover deaths due to COVID-19.

When are you not Eligible for Suicide Cover?

These life insurance policies are updated to include the suicide clause, provided the policy was bought before 1st January 2014. They have a premium calculator which allows you to calculate the amount to be paid.

Life insurance policies should be bought after self-assessment. You can buy a life insurance policy after factoring in your existing wealth. For instance, the iSelect Star Term Insurance policy by Canara HSBC Life Insurance is a viable option for middle-class families. If you are looking for a plan that can cover your spouse as well, then this term plan is your go-to option.

It has multiple payouts and protects against accidental death, disability, and suicidal death. You can also opt for Invest 4G, which is an ULIP if you want additional tax benefits for your insurance plan.

What is Saral Jeevan Bima and does it Cover Accidental Death

How to make Death and Maturity Claims on your Life Insurance

Avail tax benefits on premiums paid as per tax laws

How to calculate your life insurance premium amount

The premium is one of the most important factors to consider before buying a policy. Many people buy a life insurance policy with a high sum assured but are unable to process the premiums for the entire premium payment tenure. You can get a better idea of the premium outgo with the premium calculator available in the 'Tools and Calculator' section of www.canarahsbclife.com.

Why life insurance riders are important for me?

Life insurance plans come with several riders which increase the efficiency of the policy for the buyer. For instance, if you have a history of terminal illness in your family it would be advisable to opt for terminal illness rider with your term insurance. Riders or add-ons help in customising the standard policy benefits for the requirement of different families. The iSelect term insurance plan comes with a built-in cover for terminal illness, and option for protection against accidental death or disability. You can also opt to cover your spouse's life under the same policy by paying an additional premium.

Insurance companies calculate the premiums based on several factors such as age, gender and occupation.

Age:It is one of the biggest factors that influence life insurance premiums. Premiums tend to be low when the life insured is younger as the chances of contracting diseases is low. Young people also opt for policies with longer tenures and pay premiums for a longer duration, which makes the policy cheaper for young people.

Gender:The insurance premium for women is generally lower when it comes to life insurance plans. Women live longer and pose a lesser risk of a claim leading to lower premiums for them.

Lifestyle habits:The premiums for people who smoke or drink is always higher due to higher health risks.

Policy term:Policy terms are also taken into consideration by insurers while deciding the premium amount. Policies with longer tenure are cheaper as compared to short-duration policies.

Mode of purchase: The platform that you use to buy the policy also determines how much you will have to pay for the plan. People who buy life insurance policies online have to pay lower premiums as compared to offline policies.

Occupation:The nature of your work is an important factor that influences the premium amount. Certain occupations like shipping and mining are considered more dangerous as compared to jobs in services industries. The insurance premium rises with the risk profile.

How to process life insurance claims?

In case of the death of the life insured, the nominee will have to intimate the company by filling a Death Claim Form and sending it to the nearest branch office.

Once the form is received, the claim is registered by the insurer.

After the registration of the claim, the company will send the claims pack along with the related forms such as physicianâ s statement form and employer certificate that need to be filled.

Along with the duly filled forms a few documents such as original [policy document, death certificate, copy of bank passbook, hospital or treatment records, photo identification and address proof have to be provided.

The claim is processed on the submission of relevant documents. Once the documents are verified, the claim amount is released post all due diligence.

Household expenses rise with age. The cost of children's education increases along with other lifestyle expenses. The iSelect term plan offers an option to increase the cover according to the life stage. If opted, the insurance cover increases by 25% at every 5-year terminal till the 20th policy year.

Even though a life insurance policy is bought to protect your family in your absence. There are chances of the claim being rejected due to several factors.

Type of death: Deaths due to suicide in first policy year, intoxication or pre-existing disease is not covered under life insurance.

Premium payment: The payment of premiums on time is of utmost important to avail the benefits of life insurance. Life insurance policy may lapse on the failure to pay the premiums

Nominee details: An insurance company can put the claim on hold if the nominee details have not been filled or not been updated by the policyholder.

What is not covered under life insurance?

Suicide: If the life insured commits suicide within 12 months of buying the policy, the insurance companies generally pay 80% of the total premiums paid.

What is the average life insurance cost per month?

How many life insurance policies can one person have?

An individual is allowed to have multiple life insurance policies. People opt for more than one policy to increase the cover or avoid claim rejection. In case of multiple policies, even if the claim is rejected by one insurer, the beneficiaries may receive the benefit from a different insurer.

Can you get your life insurance before you die?

What happens if I outlive my life insurance policy?

A life insurance policy is generally taken for a specified period. After the policy duration of a term plan gets over, the policy simply terminates and ceases to exist. However, in the case of unit-linked plans or endowment, you can use the policy as a tool for retirement planning and the accumulated corpus is used by the insurer to pay you monthly amounts for your entire life.

How does life insurance work after death?

If a policyholder purchases a term plan for 25 years and dies during the policy term. The family receives the death benefit. In the case of iSelect term plan, the policy provides four payment options to the beneficiaries. If the regular payment options are chosen the policy works as a source of regular income.

Is life insurance only for accidental death?

It is a popular misconception that life insurance is only for accidental deaths. A term life insurance plan like iSelect also covers terminal disease along with death. A terminal illness cover is important as health insurance pays only for the cost of treatment and hospitalization, but a terminal illness cover pays you a lump-sum amount which takes care of other expenses. On the other hand, unit-linked policies such as Invest 4G cover death and also provide decent returns for other financial goals such as buying a house of child's education.

What is the right age to buy life insurance?

It is ideal to buy life insurance in your early 20s because it’s is the time when people have just started with their professional life and so there are lesser responsibilities and financial liabilities to take care of. Also, if you buy life insurance at this age, you will be paying relatively lower insurance premiums since it’s a due fact that mortality rate in case of young people is low. And that is why insurance companies offer lesser premium rates to younger people as they think that they are most likely to be fit and healthier with less chances of filing a claim in future.

What happens if you cancel a life insurance plan?

Can I purchase life insurance under the Married Women's Property (MWP) Act?

Yes, you can take life insurance under Married Women’s Property (MWP) Act, 1984 only if you are a married man and a resident of India. Buying a life insurance plan under MWP Act would be helpful in saving your family’s financial well-being when you are not around. As per this policy, only wife and children would be eligible to receive the death benefits. You can also buy a policy if you are a widower or a divorcee. However, in that case, you can give your child’s name as your beneficiary. It is very simple to buy a life plan under MWP Act. All you need to do is to fill up an MWP addendum while purchasing an insurance policy.

Do I have different options to pay my premium?

Yes, there are different payment options for you to pay premiums. Here’re some of them

3. Limited payment option -In this premium payment option, you can pay premiums for a specific period of time less than policy term either monthly, quarterly, half yearly or annually, but benefits of insurance can be enjoyed for a longer period of time.