I have been taxed abroad and in India can I do something to save double Taxes?

Taxation, while being an essential part of any economy, is not looked at quite favourably by many people which leads to a lot of efforts on their part to avoid taxation. If you are tempted to ever default on your taxes, remember that the taxes charged are for the benefit of yourself and your fellow citizens.

Taxes are what allows the government to effectively and efficiently provide for amenities and public services, and especially provide subsidised rates for many essential goods and services. However, tax rates are levied on the basis of a number of factors of which the most significant factor is your income. Regardless of the source of your income, you will be taxed according to the total income you generate as a sum of your salary, returns on your investment and even the amount you receive as rent on any property.

Indian citizens who may be living abroad, earning an income and paying their taxes abroad will often have a question regarding what is double tax and whether it affects them. Double taxation refers to when a person pays taxes twice to the government on the same income. However, double taxation is not levied by the government and can easily be avoided by individuals as long as they take the necessary steps.

The most important thing to do is to keep your investments in order, and understand the source and amount of your income. One of the best instruments you could invest in and also avoid double taxation include the Invest4G Plan, available on Canara HSBC. Through this Unit Linked Insurance Plan (ULIP), you can invest across 8 different funds and utilise 4 different portfolio strategies to ensure high returns. Additionally, the beauty of a ULIP lies in its ability to act both as an insurance cover and an investment instrument; so with the Invest4G Plan you can also ensure the highest coverage as well.

The Indian government is serious about not making its citizens pay double taxes. If you have ever wondered about what is double tax, rest assured that your government has already ensured you don’t have to pay it. The government has signed the Double Taxation Avoidance Agreement (DTAA) with 80 countries, which allows it to protect its citizens residing and working abroad.

This Agreement is especially helpful for citizens who earn income from more than one country. For instance, you may have a job in the U.S. but you might have property from which you are earning rent back in India. To avoid double taxation and receive benefits under the DTAA, it is important to understand the different types of income on which it is applicable. Read on to learn which are the sources of income from which NRIs are exempted from paying taxes twice.

1. Any salary accrued provided in India

2. Income generated through provision of services within India

3. Rent from any property located in India

4. The capital gains made through the transfer of any assets within India

5. Income earned through interest on any fixed deposits made in India

However, it is important to note that income from these sources is exempt under DTAA only if the citizen is paying taxes on these sources of income in their resident country.

Aside from the basic benefit of not being taxed twice, the DTAA ensures the following other benefits as well:

1. Lower withholding tax is applicable owing to the DTAA, and this helps taxpayers as it significantly lowers the Tax Deducted at Source (TDS) that is payable on their royalty, interest or even dividend income in India.

2. Tax credits are applicable on citizens through DTAAs signed with some of the countries.

3. The DTAA also allows taxpayers to be exempt from certain taxes. For instance, taxpayers are exempted from paying capital gains tax through DTAAs signed with certain countries such as Singapore, Cyprus, Mauritius and Egypt.

To get any of these benefits, though, it is necessary to submit certain financial documents by the due date provided in every financial year. Read on to learn more about these documents.

Form 10F is a tax residency certificate as well as a self-declaration that can be made by individuals to the entity or authority that is responsible for deducting TDS. Form 10F can be downloaded online.

Once you have Form 10F, you can obtain a TRC from the relevant governmental body that deals with taxation matters.

It is necessary to submit details of your Permanent Account Number (PAN) in order to avail benefits and exemptions under DTAA.

DTAA is very helpful for ensuring you do not lose out on the income you make through different investments. The best investments generate the best returns and one such investment you can make is on the Invest4G Plan, available on Canara HSBC Life Insurance. This ULIP not only offers you the best coverage for the least premiums, but also offers you the highest returns by giving you the freedom to choose from among 8 different funds and 4 investment strategies. You can also benefit with the option for partial withdrawals, which lets you easily meet unplanned emergencies.

Hi, I am Radhika Palkar, a professional Chartered Accountant associated with an esteemed CA firm based out of Mumbai. My area of focus has been in advising foreign companies in managing their operation in India and administering and looking after them. Today I am here as part of the Tax video series for Canara HSBC Life Insurance Company. My friend asked me a very interesting question a few days back and I thought I should include this as part of the Tax video series. He stays abroad and was asking me as to how will he be taxed in India and what he can do for the taxes that he has paid abroad.

Resident individuals are taxed on their global income (that is income earned in India as well as the income earned outside India) a non-resident, however, is taxed only on his Indian Income.

In the case of a resident but not an ordinary resident, his income which is earned from business or profession which is set up in India is taxed India.

Thus, in the case of resident individuals, there may arise a situation where the same income is taxed doubly, that is where the income is earned which his source country and the country of residence which is India.

The foreign tax credit as per the domestic laws of

However, it is important to note that in case there is no tax payable in India for any reason, credit or refund of foreign taxes paid cannot be claimed in India.

To claim Foreign Tax Credit, the taxpayer has to furnish a couple of prescribed documents and had to fill up the Scheduled Foreign Source Income (FSI) and Schedule tax Relief (TR) at the time of filing the income tax return In which he has to disclose details such as tax identification number and the type of foreign income the amount of foreign income, the foreign taxes paid, the tax liability in India, etc.

It is therefore important for tax residents to obtain expert advice as far as their income is concerned also to collate all the necessary documents in case of taxes paid abroad. 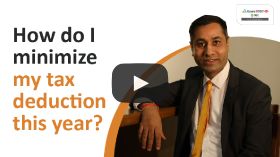 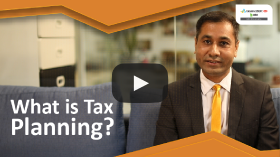 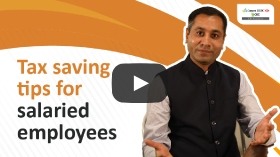 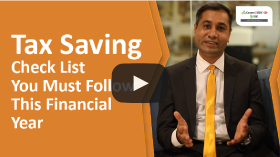