In February, Finance minister Nirmala Sitharaman announced a slew of taxes on imports, as part of the Budget 2020-2021. Tax on imports of items like electric appliances and kitchenware would now be 20 per cent, a twofold increase, the Budget said. Further, tax on import of furniture would see an increase to 25 per cent, from the previous 20 per cent.

The electric vehicle segment also saw an increase in import duty, a jump to 40 per cent from the previous 25 per cent levy on import of fully built buses or trucks. The Budget also hiked taxes on toys imported to 60 per cent, a threefold increase. Further, there was also an announcement pertaining to a 5 per cent tax on imported medical devices, during the Budget.

So, what are India’s main imports?

India’s key imports are oils, fuels, waxes, bituminous substances, jewellery (both precious and semi-precious category), electrical equipment and machinery, nuclear reactors, mechanical appliances and chemicals (organic). One of India’s principal partners for imports is China, which makes up for 16 per cent of all imports. India’s other import partners include the US, UAE, Saudi Arabia and Switzerland. According to news reports, India imports products worth $70 billion from China. In fact, India’s imports from China have dropped to $70 billion in 2018-19 from over $76 billion in the previous year, reports add (1).

Why are imports taxed heavily?

Tax on imports in India are high because of India’s policy of encouraging local/homegrown industries. This is called import substitution industrialisation (ISI), a trade policy that is all about substituting imports with domestic manufacturing and production. The high import tariffs are a result of this policy, which recognises the need for industries in developing countries like India to be protected from international trade. This policy of import substitution goes back to the pre-1991 era, when companies were incentivised to produce for the local markets. 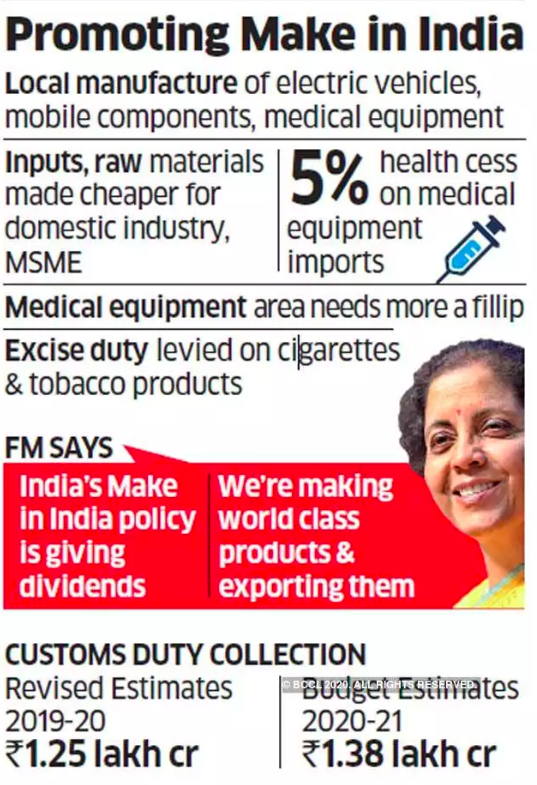 What is the impact on the government's hike in import duties?

According to media reports, Indian micro, small and medium enterprises (MSMEs) have started to set up supply chains locally so as to lower manufacturing costs and also steer clear of heavy tax on imports. This incentivises more MSMEs and manufacturing hubs to ‘Make in India’.

Take the announcement of a government scheme aimed at boosting cell phone manufacturing in India for instance. In her 2020 Budget speech, the Finance Minister said this scheme would act as a complement to the country’s ‘Make in India’ policy. In fact, there has been an announcement on hike in duties on import of some mobile parts. From October this year, touch assembly and display panels will attract 10 per cent import duty. These parts were imported from China till now. Also, import duty will be doubled to 20 per cent on printed circuit board assemblies. Mobile chargers will also attract a 20 per cent import duty. This comes as a shot in the arm for companies to produce spare parts locally in order to save costs.

Hike in tax on imports will encourage not just Indian companies and manufacturing units but also foreign firms based out of India to look at local manufacturing and production. This also means that India could gradually turn into an investment hub, as local supply chains thrive. According to a report, India has earmarked US $6 billion to encourage manufacturing domestically and attract investments.

However, ensuring a greater push for domestic products and also meeting demands for certain products and commodities that India needs from elsewhere is a tightrope walk. A hike in import duty means that many companies will cut back on supplying such products in the country, leaving a gap. This gap, if not filled quickly, may lead to shortages or hike in prices of commodities domestically. The need of the hour is a calibrated approach to tax on imports, in order to boost domestic industry while also meeting demand for certain products from abroad.

As economic policies world over undergo changes at a rapid pace, many entrepreneurs and individuals are faced with uncertainty over how to tide over finances. One way to ensure that the future of your loved ones is protected is by opting for term insurance. With an iSelect+ Term Plan by Canara HSBC Oriental Bank of Commerce Life Insurance, you and your loved ones can stay protected at affordable premiums. You could also opt for features such as whole life coverage, and cover your spouse too in the same policy. There are additional riders like accidental death benefit or child support benefit you could choose from. Stay protected from any future uncertainties by picking the right term insurance cover. 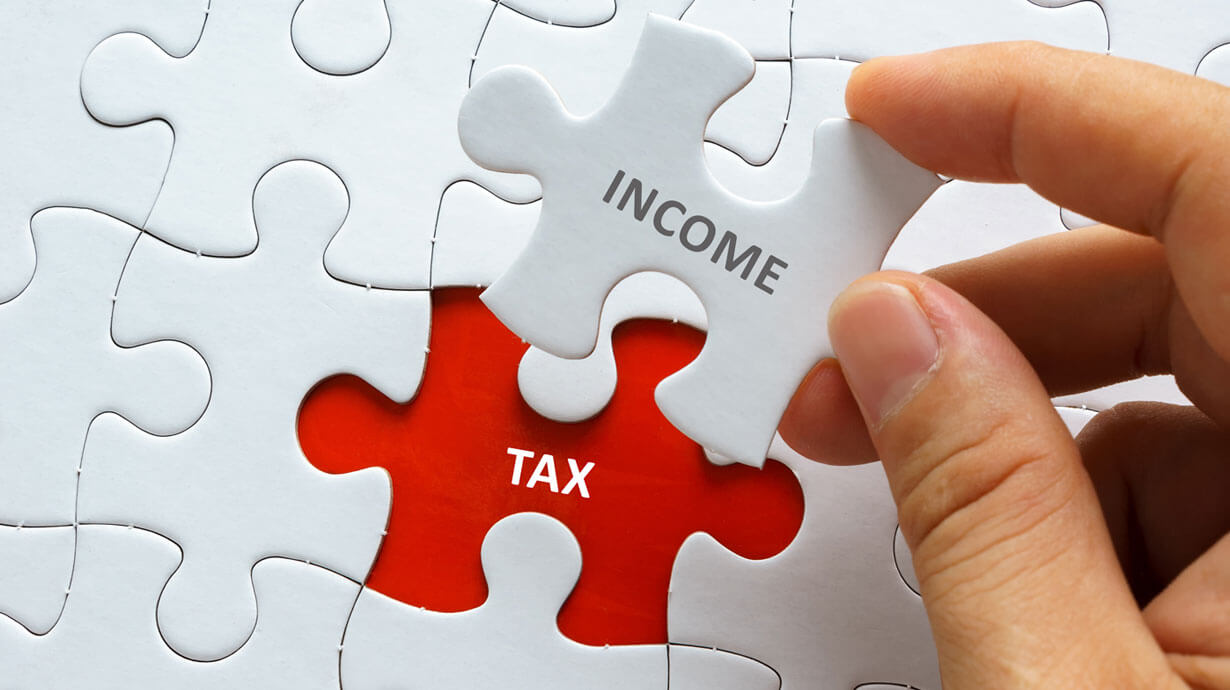 What is the income tax in India? 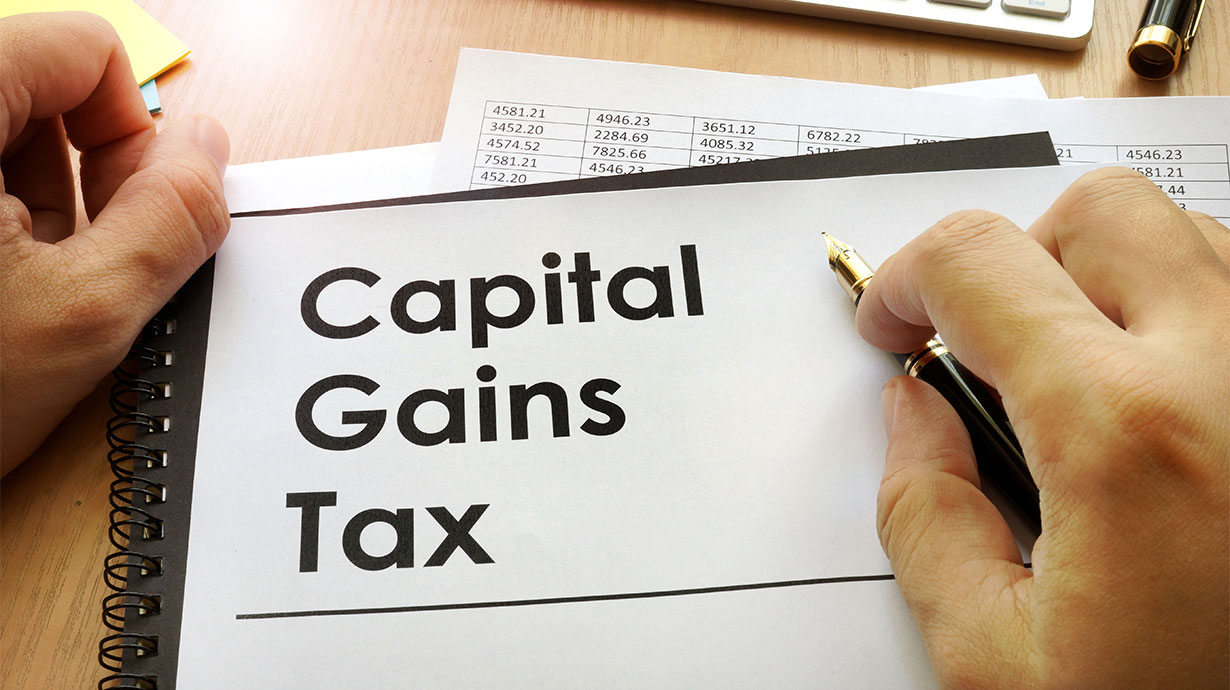 What is long-term capital gain tax in India? 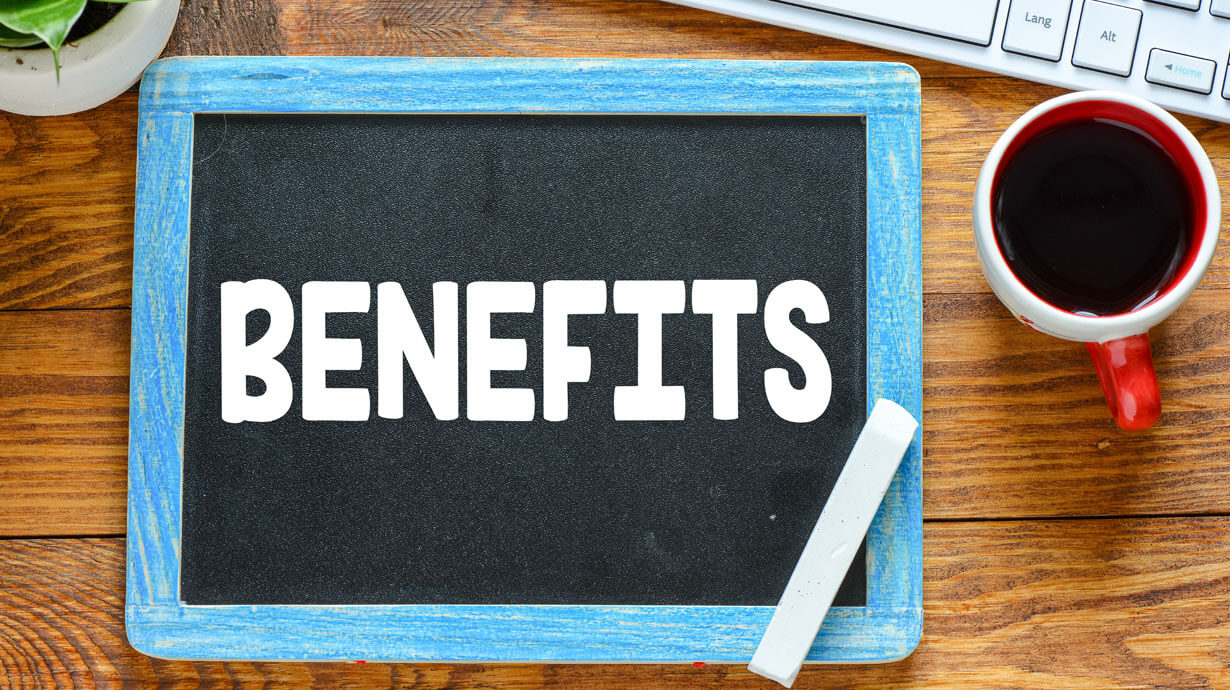 Different types of allowances and tax benefits on them 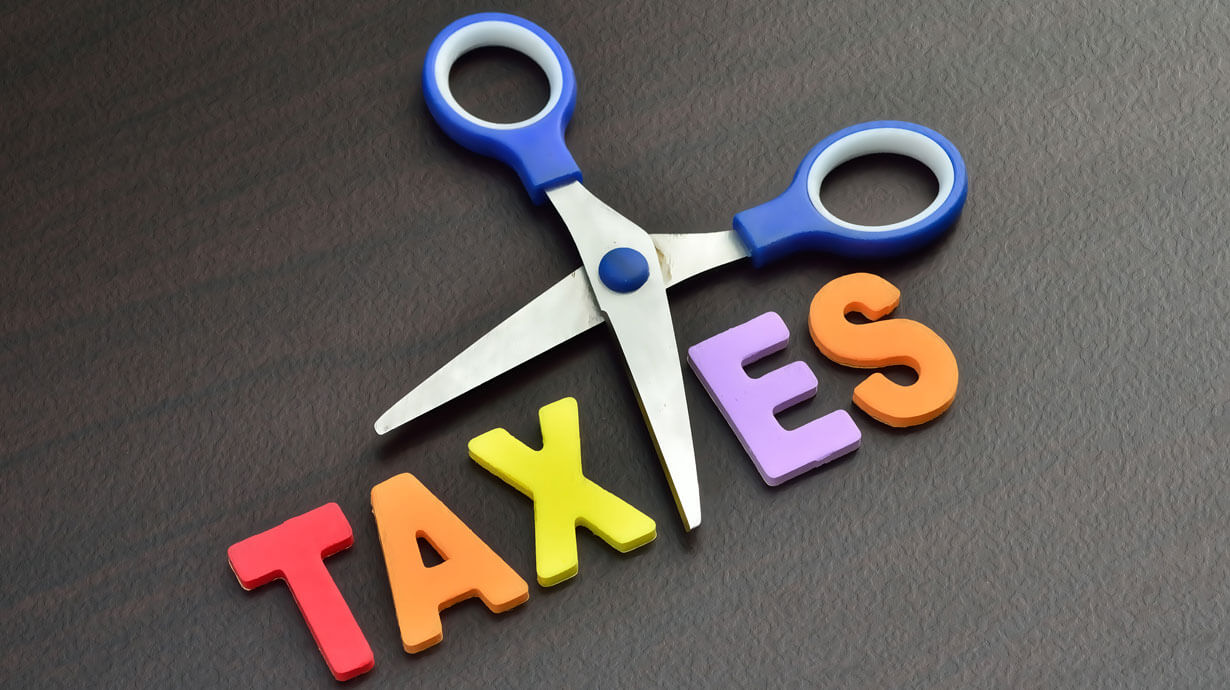 Hot to get tax education under 80d