On 1 February 2021, the Union Finance Minister of India, Nirmala Sitharaman, made changes to the income tax laws in her budget to help ease taxpayers' enforcement. However, she did not announce any amendments to individual taxpayers' income tax slabs. The theme of the direct tax plan was the simplification of tax administration, the simplicity of enforcement, and the avoidance of lawsuits. The union budget tax expectations were relieved as she mentioned the newer and feasible policies.

Here are the 10 income tax changes announced in Union Budget 2021.

1. Tax filing for those over 75 years of age

It declared in the Union Budget 2021 that senior citizens over 75 years of age who have only pension and interest as a source of income would be excluded from filing their income tax return (ITR).

These senior citizens have not been exempted from paying tax nor are excluded from filing an ITR if they satisfy such requirements. They would be exempted from reporting ITR only if the interest income is received in the same bank where the pension is invested. It is proposed to hopefully help the senior citizens of the country.

2. Help for banks and account holders with tax payments

The Government will alert a few banks where the holders of the accounts will be liable for the tax exemption and will have to supply the bank with a statement. After that, the defined bank would have to measure the profits of such senior citizens based on the deduction permitted under Chapter VI-A and the rebate allowed under Section 87A of the Act. Those senior citizens would not have to make a return on taxes for this appraisal year.

3. The availability of pre-filled ITR forms

4. Contribution to EPF and its interest

Interest on the employee's share of the contribution to the Workers' or Employee Provident Fund (EPF) on or after 1 April 2021 shall be taxable at the time of withdrawal if it reaches 2.5 lakh in any year. This will contribute to increased tax responsibility, in particular for High Networth Individuals (HNIs) who make higher donations.

This, along with the taxation of gross company contributions above 7.5 lakh to the EPF, the NPS, and the Superannuation Fund and the interest on it introduced last year, would make the EPF even less appealing retirement scheme.

As the sum of the dividend profits cannot be accurately calculated by the owners for the payment of the advance tax. The Government scrapped the dividend distribution tax to promote spending, and last year the dividend was made taxable in the hands of owners in the budget.

The Government has sought to introduce a separate section 206AB to the Income Tax Act as a special clause allowing for a higher TDS limit for non-filers of income tax returns. The proposed TDS rate in this section would be twice the rate defined in the applicable clause of the Act, or twice the rate or rate in effect, or 5%.

7. Introduction of ULIPs in the tax bracket

The Government has placed Unit Related Insurance Policies (ULIPs) in the tax bracket. The redemption of ULIPs is tax-exempt, provided that the cumulative premium charged for the insurance does not exceed 10% of the value protected by the policy. Under the latest plans, the ULIPs were redeemed on or after 1 February 2021, where the annual premium payable by the individual exceeds ₹2.5 lakh would be subjected to capital gains tax, at the same rate as equity-oriented mutual funds.

Workers can also be given an exception for Leave Travel Concession (LTC) of one-third of the specified expenditure or Rs. 36,000 less for the 2018-21 block if they have incurred expenditure on the purchasing of goods/services subject to GST of up to 12% or more, provided that payment is made in non-cash mode and is made within the period 12 October 2020, to 31 March 2021.

The Government extended the extra tax exemption of 1.5 lakh on interest charged on a housing loan for the purchase of affordable housing by one more year until 31 March 2022. The extra deduction of Rs 1.5 lakh above and above 2 Lakh was implemented in the budget for 2019. This was permitted for those buying homes for the first time and up to 45 lakh.

The last date for filing a revised Union Budget 2021 income tax return or a late return voluntarily will now be 31 December 2021 after the end of the financial year instead of 31 March 2022.

To extend the spectrum of TDS, it is proposed to impose a TDS of 0.1 percent on a sales transaction above '50 lakh per year. To minimize the cost of enforcement, it is also recommended to provide that the deduction is only for individuals whose revenue exceeds 10 crores.

To attract home buyers and increase real estate developments, it is recommended to raise the safe harbor cap from 10% to 20% for the designated primary selling of residential units.

To promote IFSC, it is proposed to provide more Union Budget 2021 income tax incentives, including tax holidays for capital gains of aircraft leasing companies, tax exemptions for aircraft leases paid to foreign leasing companies, tax incentives for the relocation of foreign funds to IFSC, and tax exemptions for investment 51 for foreign banks located in IFSC.

To promote the transfer of Urban Cooperative Banks (UCBs) to Small Finance Banks (SFBs), it is recommended to provide tax neutrality for the transition from UCBs to SFBs. The UCB is also not allowed to pay capital gains on the properties passed to the SFBs.

To facilitate a smoother disposition of lawsuits, it is proposed to replace the Authority of Advance Rules with the Advance Rulings Council. It is also mandated that an appeal against the decision of that Board should be placed before the High Court.

Addressing the nation after the budget, Prime Minister Narendra Modi talked of all-round development and congratulated the Ministry of Finance team. This was Nirmala Sitharaman's third budget under the National Democratic Alliance (NDA) government headed by the Prime Minister. Substantially different from regular practice, this year's union budget tax expectations were not written and were only made available in a digital format.

Although the tax rates stayed constant, the demands of taxpayers for higher investment limits/medical expenses have not been completely resolved. Also, limitations on exemptions for ULIP and the contractor fund and changes made to the EPF could lead to taxpayers turning away from those investment avenues.

Having said that, the Government has proposed constructive steps, such as relaxation of stamp duty based on taxation, streamlining of travel leave concessions, exemption of return filings in some situations, which could inspire the common man.

Union Budget 2021 has been proposed to create significant changes in the declining economy of the country. After the speech from the country's Prime Minister, the tax changes are seemingly a ray of hope for the fellow citizens. 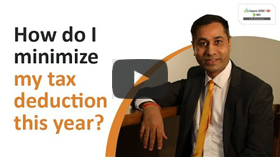 How do I minimize my tax this year? 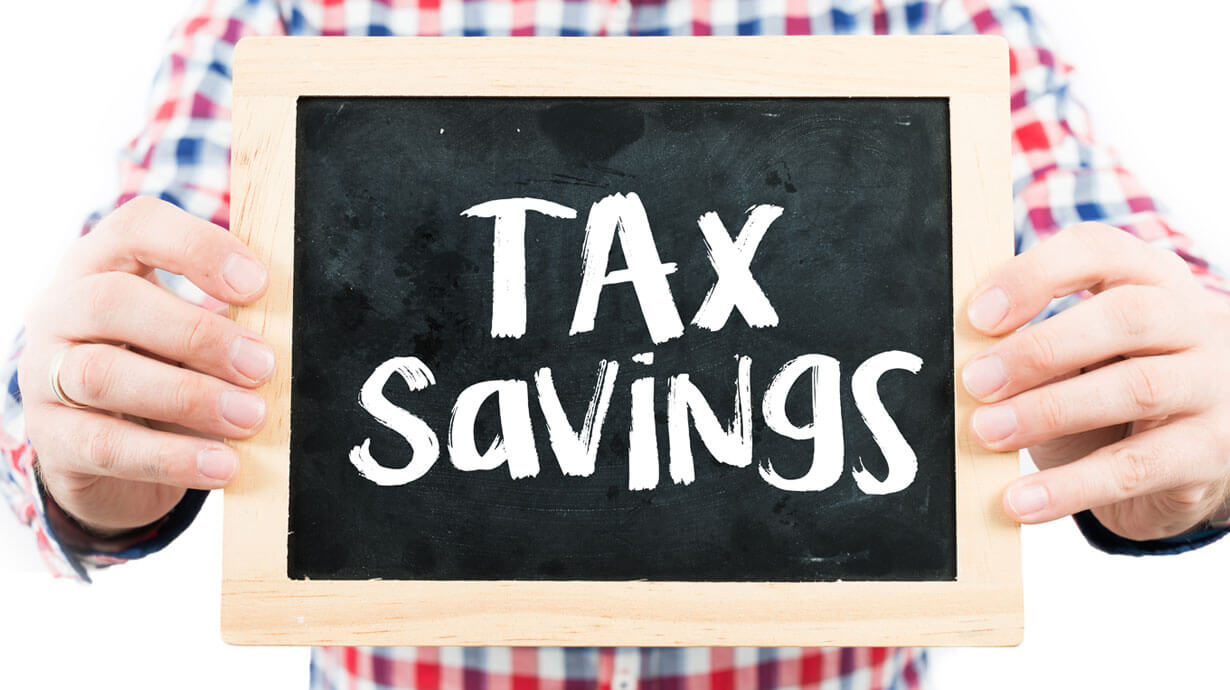 Importance and Benefits of Tax Saving 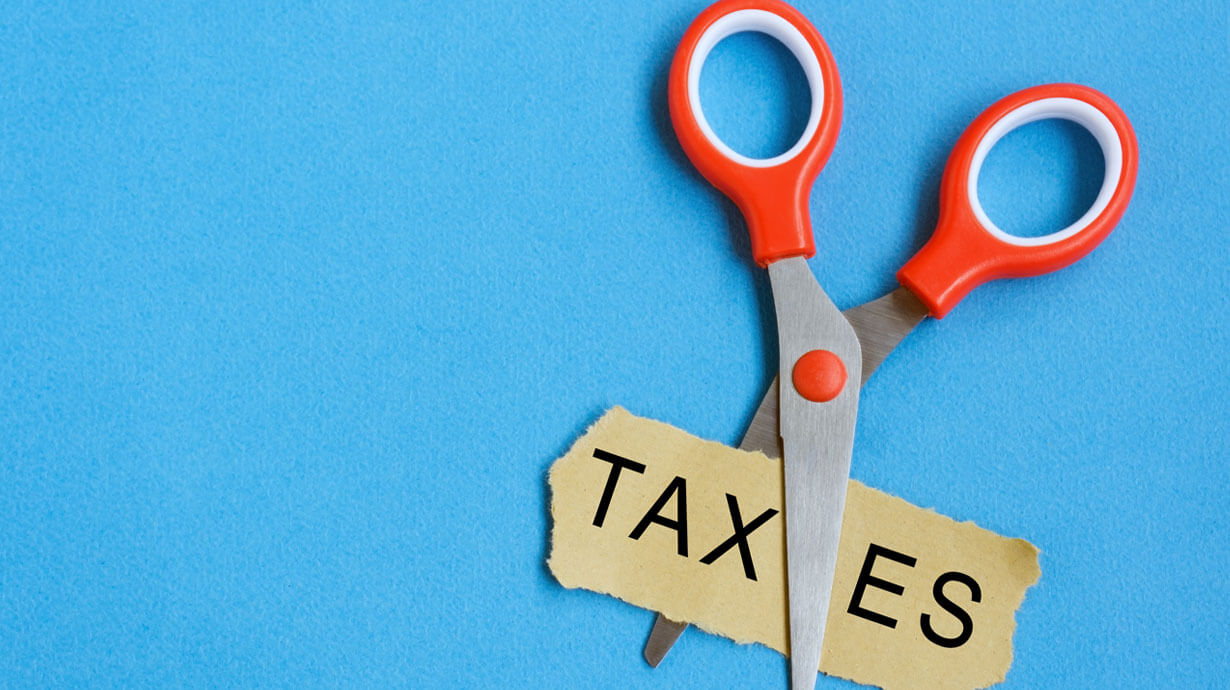 Which are the best tax free investments in India?